Emerald River Maine announces another major milestone on the way to opening an adult-use recreational cannabis retail store at 1240 Lisbon Street, in Lewiston, Maine. On July 15, 2021, Emerald River Maine signed with general contractors Gendron & Gendron of Lewiston to begin construction of a $1 million, 2700 square foot retail store. As an adult-use cannabis store, a medical marijuana card will not be required to purchase cannabis, as long as you are 21 years of age or older.

Architect’s rendering of the northwest entrance to the recreational cannabis store that will be constructed at 1240 Lisbon Street in Lewiston, Maine, immediately off Exit 80 of I-95. Opening is scheduled for the fourth quarter of 2021.

“It has taken a tremendous team effort to achieve these milestones,” said Matt Taggart, President of Emerald River Maine. “Our architect, Matthew Carter of Haley Ward, along with designers Melanie and Laura of Bowerbird Designs, have helped to translate our brand vision into a retail space. When entering our store, customers will be welcomed and respected. We will be delivering a branded shopping experience and plan to become a destination point that the City of Lewiston can be proud of. Very soon we’ll all see the construction taking place. We hope Lewiston residents are as excited as we are for the re-creation of the vacant lot that is 1240 Lisbon Street.”

“We chose Gendron & Gendron as our general contractor for a number of reasons,” continued Matt Taggart. “Not only do they have a great reputation, their three-generation ownership speaks volumes about their commitment to the community. It’s been an absolute pleasure getting to know both John Gendron and Todd Spencer. I’m impressed and thankful with their level of communication.”

Emerald River Maine plans to open its doors to the public at 1240 Lisbon Street in the fourth quarter of this year.  As generations of Lewiston residents remember, 1240 Lisbon Street was the site of the first McDonalds to open in the city, and it was the third in the entire State of Maine. McDonalds occupied the site from the late 1960s until 2009. In about 2014, the existing structure was demolished, and the site has remained vacant since that time. 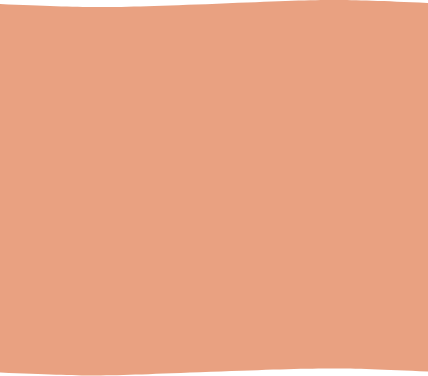 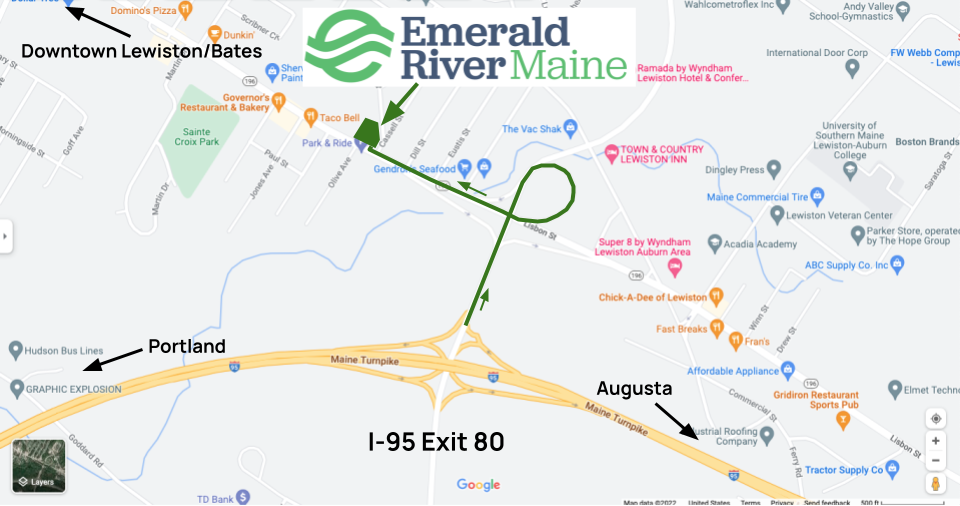 When you are in Maine and want to purchase cannabis from a recreational dispensary, Emerald River Maine is the most convenient easy-on, easy-off store on I-95 in the state. We also have plenty of convenient parking, and a covered entrance to shield you from the elements. We are... 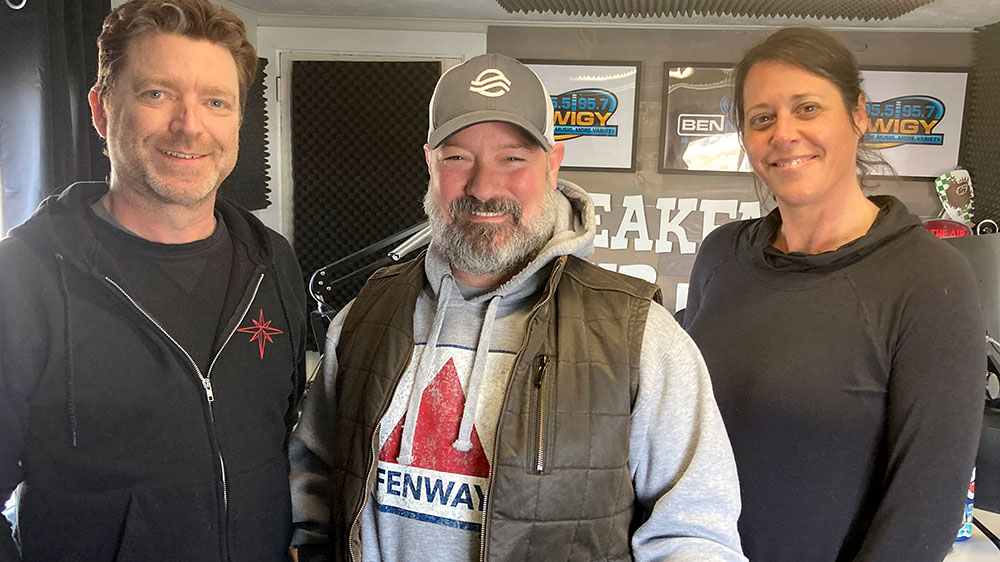 Yesterday, Emerald River Maine President Matt Taggart was interviewed by Mark and Sara of WIGY, on The Breakfast Club Interview. Topics included Emerald River Maine’s Grand Opening on Saturday April 9, Three Random Questions, and the fact that Matt and his family will be bringing their new puppy,... 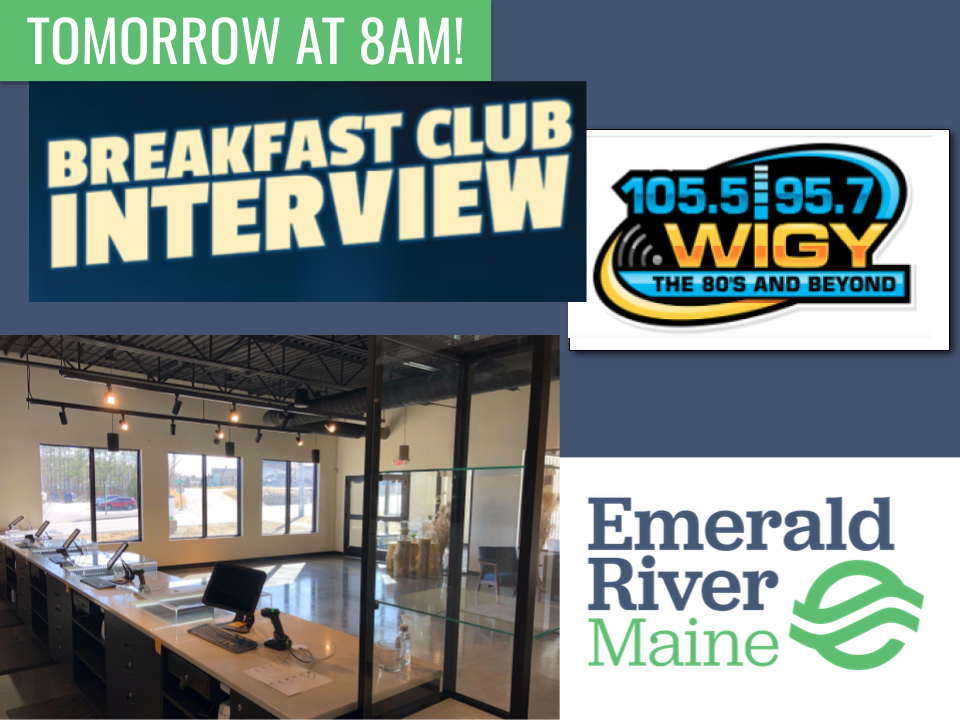 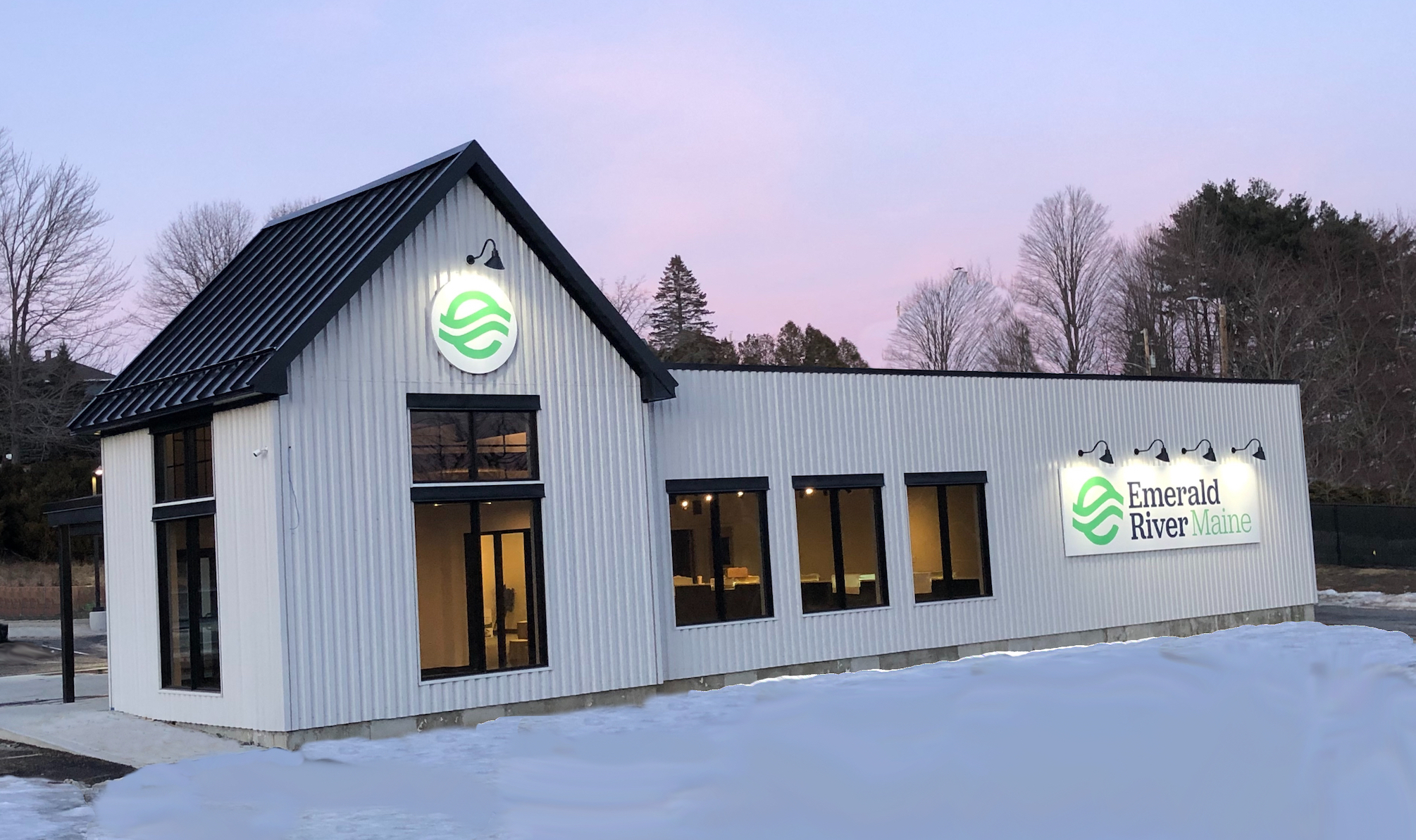 Lewiston, Maine — April 3, 2022  Emerald River Maine announces the opening of its recreational cannabis store at 1240 Lisbon Street in Lewiston, Maine. The store is located immediately off Exit 80 on I-95. To celebrate, we are holding a Grand Opening ceremony on Saturday April 9, 2022... 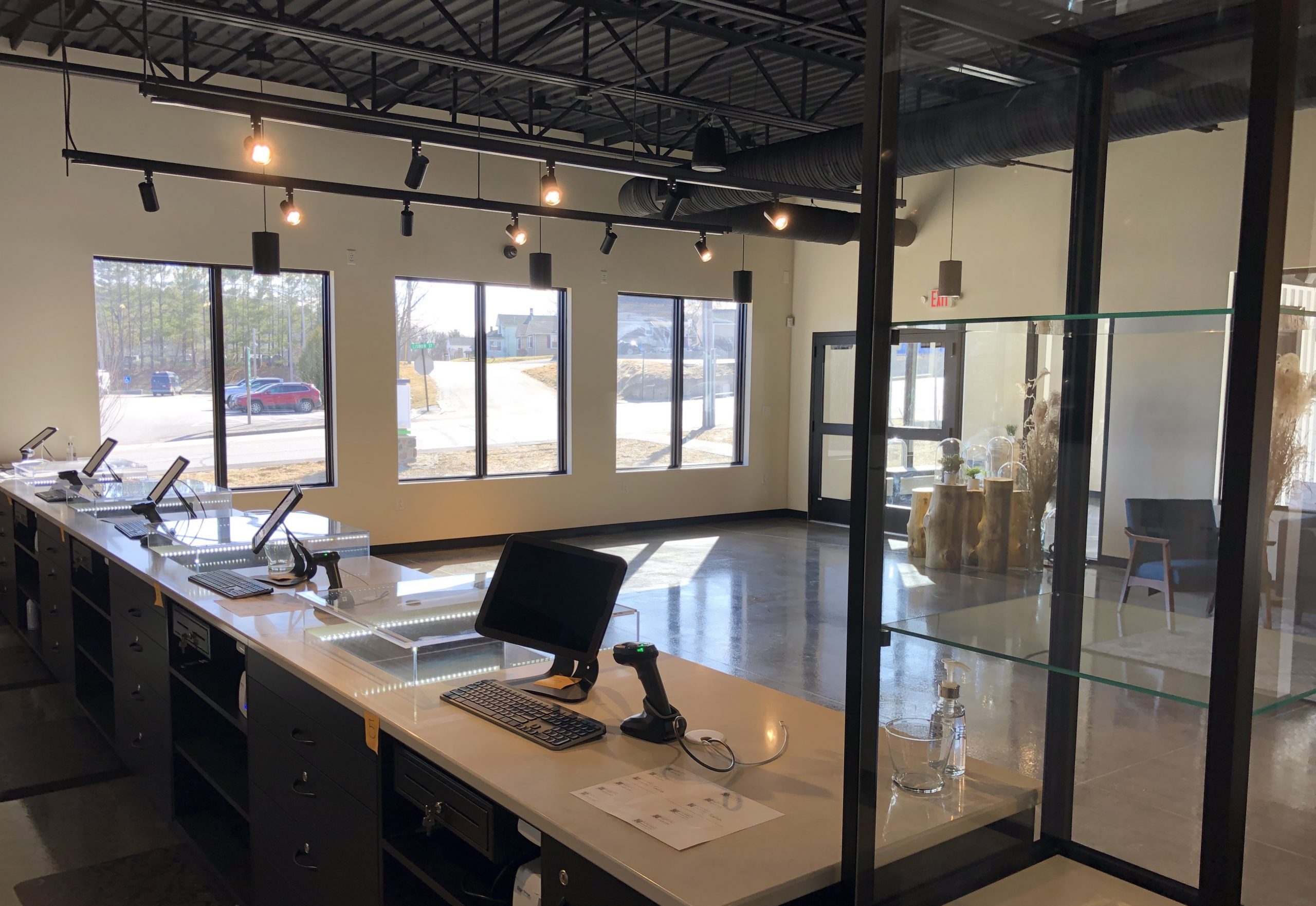 We are now open! And to celebrate, enjoy 10% off store-wide through April 8. We are open today, Thursday, through 7pm, and Friday, we are open from 9am to 9pm. Come check us out and tell your friends as well! 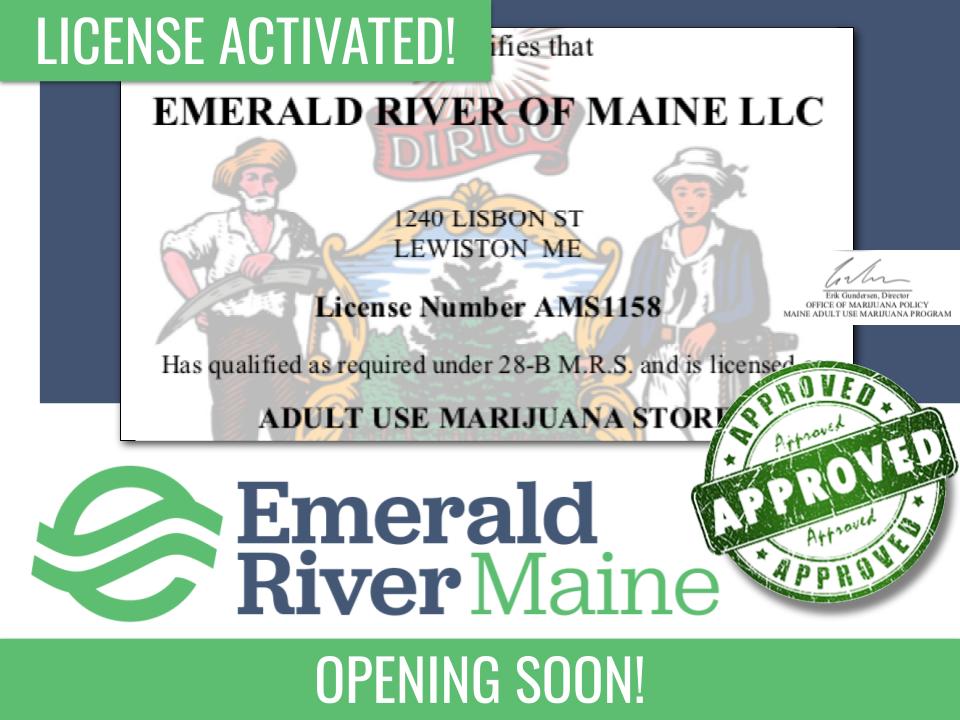 St. Patrick’s Day 2022 was a great day for Emerald River Maine, as we passed OMP inspections and OMP activated our recreational retail license. We look forward to welcoming you soon! 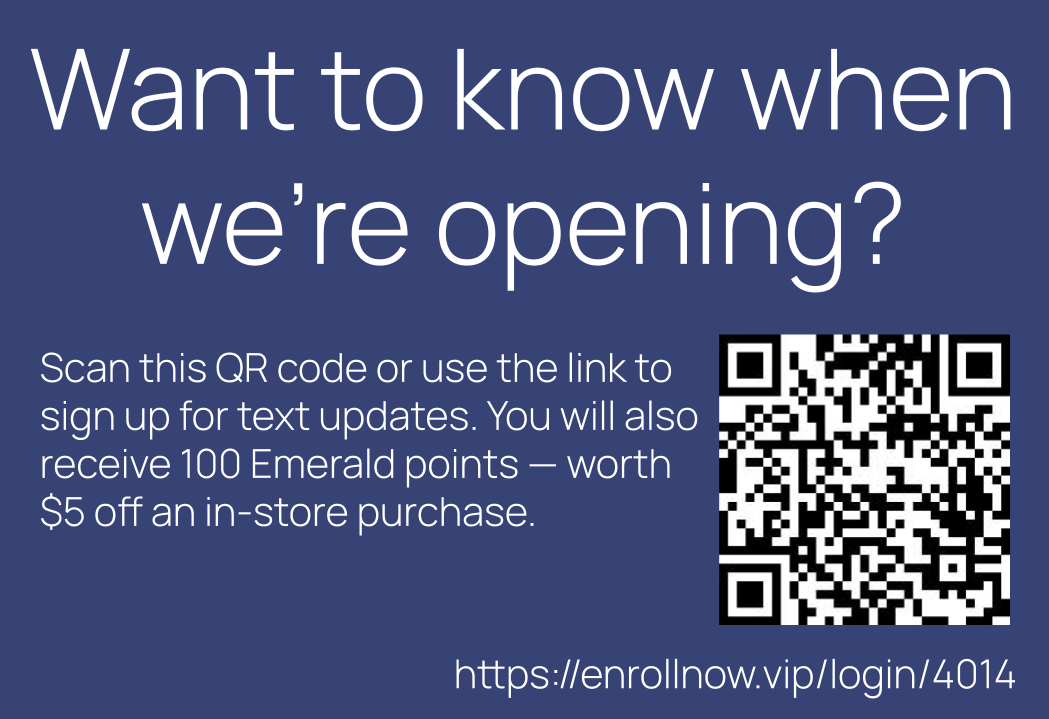 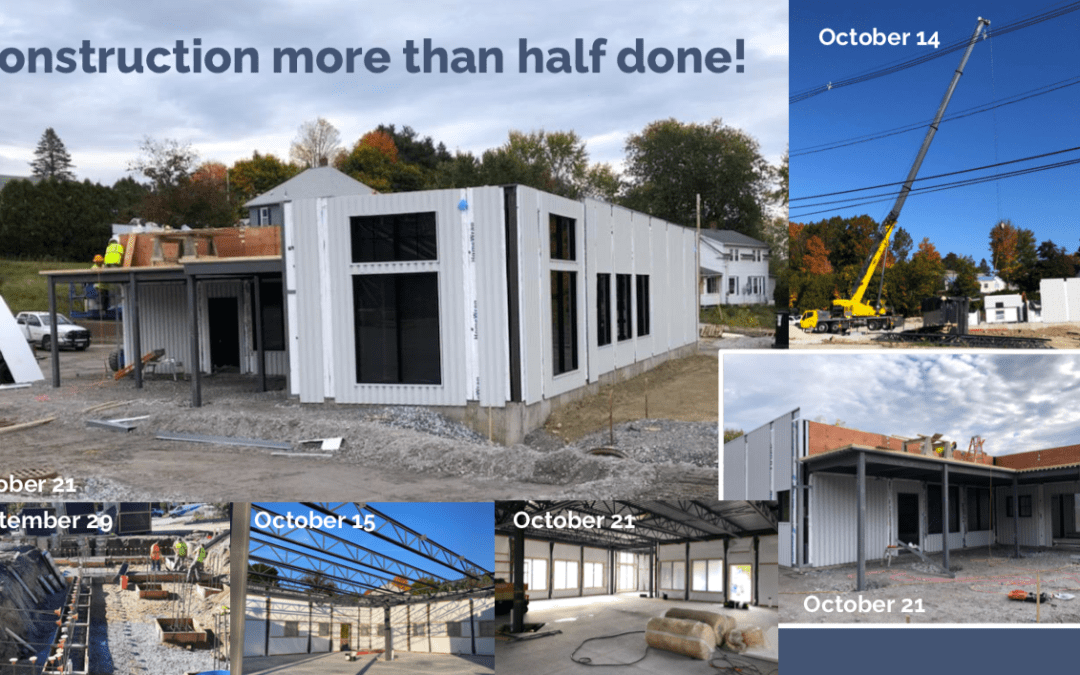 Construction More than Half Done! 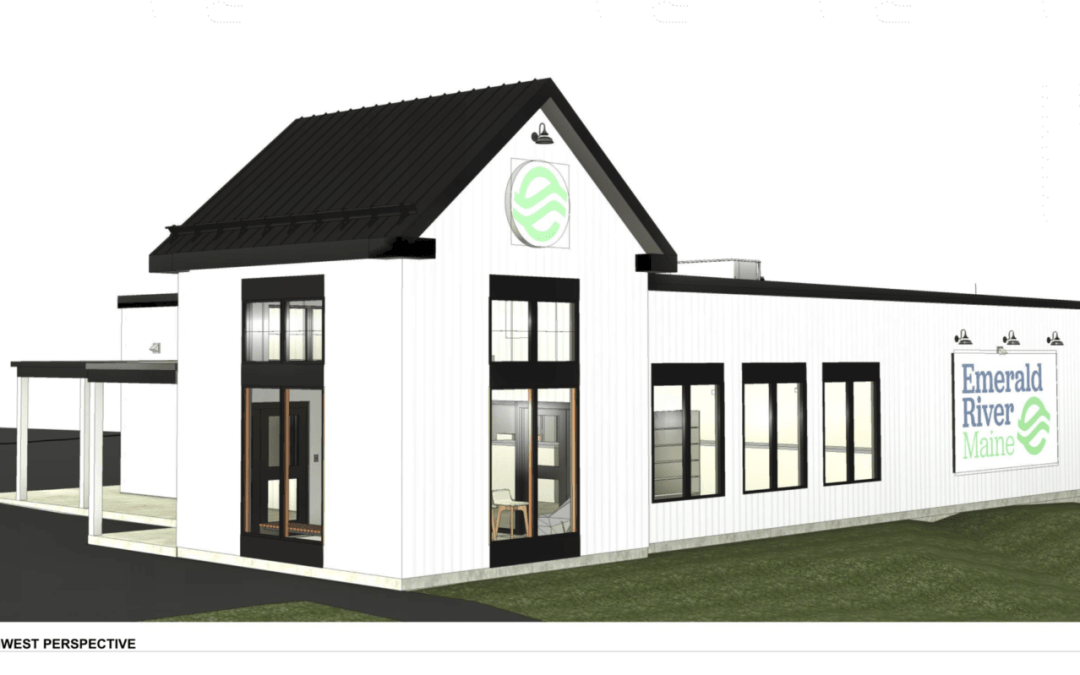 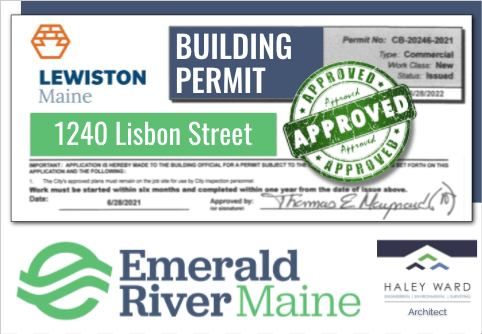 Good news has arrived! We received our building permit from the City of Lewiston. 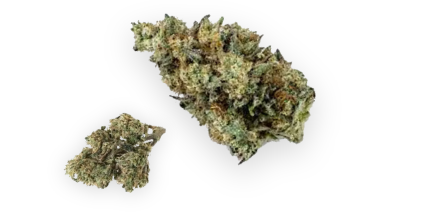 Thank you
for being here

Fill out our contact form with your contact information and message, and we’ll be in touch. Thanks! 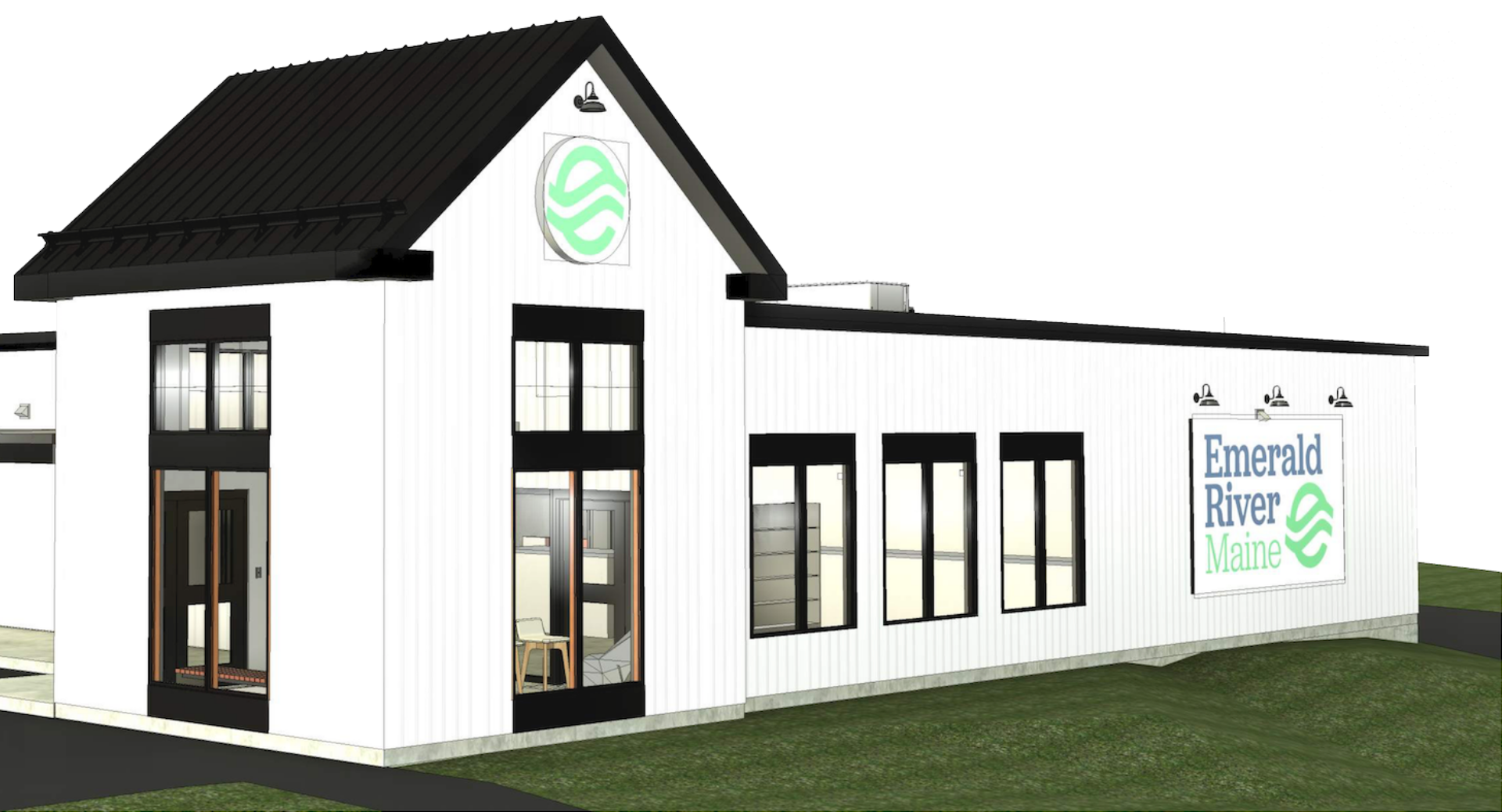